Saving cost and air quality at the University of Southampton

The University of Southampton is situated on England’s southern coast, about 70 miles (113 km) southwest of London. The university’s Synthetic Chemistry Building—or, simply, Building 30—relies on four large exhaust fans to remove pollutants from the indoor environment and disperse them to the atmosphere. This exhaust system is critical to the safety of Building 30’s occupants, as well as the safety of those who live and work nearby.

In the original design of Building 30, the exhaust stacks operated constantly: Three of the four fans operated at full capacity during the day, and two of them ran at night. However, because the building’s ventilation requirements changed throughout the day, engineers installed bypass dampers (also called bleed dampers) to make up the difference between the building’s supply air system and the exhaust system.

Operating exhaust fans at full capacity is a common design method because it ensures that a building’s exhaust disperses high into the atmosphere, reducing pollutant concentrations downwind at ground level. However, this kind of all-or-nothing scheme wastes energy when the building’s exhaust needs are low. Buildings can save considerable energy by reducing the volume of air moved instead of relying on bypass dampers. But, for such techniques to work, designers need to ensure that the exhaust plume still reaches high enough to maintain air quality at nearby air intakes and other critical locations.

A decade after the building’s construction, KJ Tait Engineers recognized that the conventional approach meant that fans were always moving enough air to overcome the worst-case expected conditions. But the worst-case condition is the exception, not the rule, which meant that the building was wasting energy much of the time. A more sophisticated plan, in which the fans adapt to actual conditions could translate into major energy savings for the university.

The engineering challenge, therefore, was to figure out just how much each fan could be dialed back while still meeting air quality requirements. Malcolm Tait, President at KJ Tait, had learned of variable air volume (VAV) systems that had been employed in the United States and turned to CPP’s engineers for help. Having developed the first wind-responsive VAV exhaust system several years prior, CPP was uniquely positioned to meet that challenge.

CPP designed and built a 1:180 scale model of Building 30 and its nearby surroundings, including all significant buildings and structures within a 310 meter (1,017 foot) radius. The model was then placed inside one of CPP’s atmospheric boundary layer wind tunnels, and a tracer gas was released from each of the four exhaust stacks. By releasing the tracer gas at specific flow rates, we accurately simulated how the exhaust plume would interact with the approaching wind. Technicians recorded the concentrations of the tracer gas at sensitive areas in and around the building site to measure behavior for a full range of simulated wind speeds and wind directions. This allowed our engineers to determine how exhaust rates and wind conditions influenced downwind concentration levels.

After carefully analyzing the wind tunnel data, CPP’s air quality experts calculated the minimum flow rates for each exhaust fan that would still meet air quality requirements for a variety of wind conditions. On calm days, flow rates could be significantly reduced, completely eliminating the need for bypass air even while maintaining air quality. During high wind events, however, the required minimum flow rates were greater than the building load itself, requiring that bypass dampers occasionally be opened to meet the increased demand.

CPP’s engineers developed a variable air volume scheme for the university and recommended a range of fan speeds to handle different wind conditions. Our recommendations also included specific advice regarding the placement and type of anemometer that would provide the essential wind speed data necessary to safely operate a reliable VAV protocol.

Using these recommendations, engineers at CPP and KJ Tait designed and implemented a wind-responsive VAV exhaust system that currently saves the university approximately £47K (~$US 75K) per year in energy consumption. It’s just another example of how the right approach and expert advice can lead to real-world results that support safety, comfort, and efficiency.

For more information on this project, please visit the University of Southampton’s web site 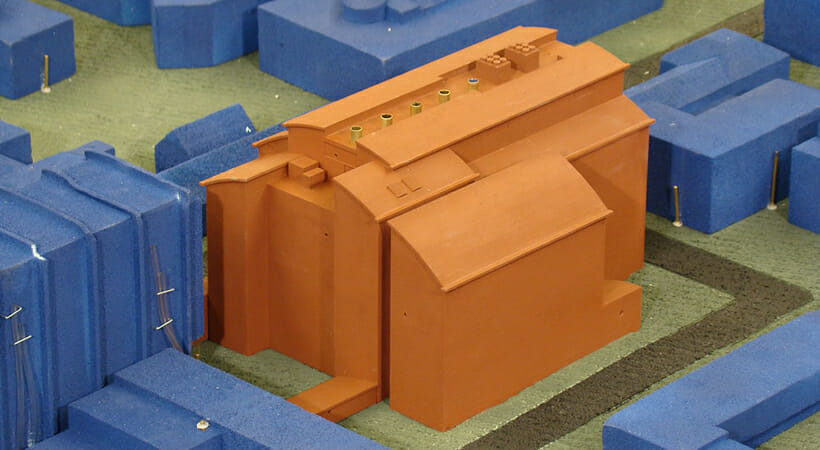 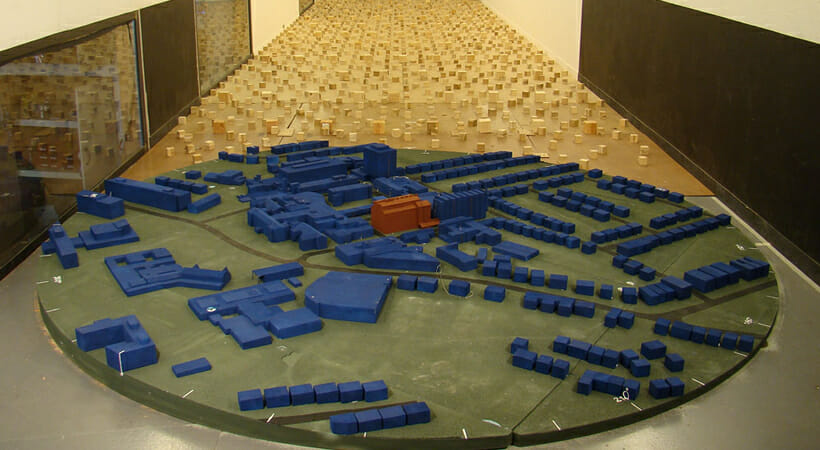