The Structural Engineers Association of California (SEAOC) has announced the revision of their industry-leading publication about wind loads on solar racking systems.

SEAOC is respected as an authoritative world leader in the practice of structural and earthquake engineering. The organization’s 3,500 members commit to improving the safety and resilience of the built environment. 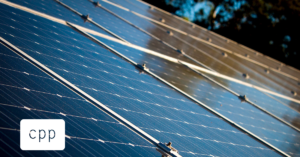 CPP Principals Dr. David Banks and Yarrow Fewless both contributed to the 2017 update, with Dr. Banks being the principal author. Free for SEAOC members and $20 for non-members, the publication can be downloaded here.

Learn more about SEAOC and this publication here.