A bright future for solar energy 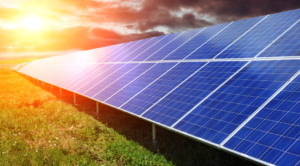 As 2015 draws to a close, we have every reason to be optimistic about the future of solar energy in North America and around the world. Thanks to the recent passage of renewable energy budget legislation, the American solar industry stands to continue on the track of record growth that it enjoyed in 2015. And in doing so, it will add hundreds of thousands of jobs, shrink our carbon footprint, and reduce our dependence on fossil fuels.

In a rare move of congressional compromise, achievement, and common-sense legislation, the House Appropriations Committee revealed on December 15 that tax credits for renewable energy investments would be extended for several years. The tax credit extensions affect wind and solar energy and form part of the more than 2,000-page spending bill unveiled by the Committee. On December 18, the bill passed with broad support in both the Senate and the House of Representatives.

The alternative investment tax credit (ITX) for solar, which was set to expire at the end of 2016, was extended through the end of 2019 at its current rate of 30 percent. The credit will then be phased down over a period of two years, dropping to 26 percent in 2020 and then 22 percent in 2021 before permanently settling at 10 percent for 2022 and beyond. Congressional leaders also agreed to phase down the solar residential energy-efficiency property in parallel.

In a piece dated December 22, 2015, on the website of the Solar Energy Industries Association (SEIA) website, President and CEO Rhone Resch notes that 2015 is one for the record books, with 7.4 GW of new capacity installed this year alone. And he predicts that, thanks to the ITC extension, solar energy production will more than quadruple in size by 2020, from 24 gigawatts (GW) total capacity at present to 100 GW fifteen years from now.

The SEIA estimates that the tax credit extensions will, over the next five years

An especially attractive feature of the legislation is that those who wish to take advantage of the tax credits no longer have to wait. The credit can be claimed as soon as construction begins, as long as the projects begin service on or before the last day of 2023.

We at CPP applaud the Congress for stepping up and passing these tax credits. Investing in solar energy is a smart move that will improve our nation’s economy, enhance our security, and pave the way for a sustainable future.